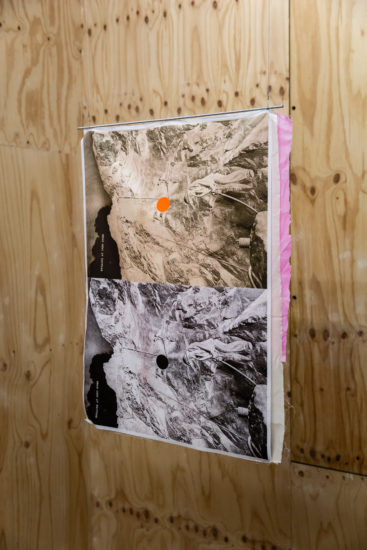 ‘We All Live in Colonised Time’: An Interview with Dean Cross

“‘I think a lot about stories’, Cross told us as we sat down in the courtyard of the cafe. He went on to explain that his work is motivated by an interest in fictions that appear as facts. The most notable example of this in Australia is the legal fiction of terra nullius: ‘I grew up, as we all probably did, in a “discovery story” kind of version of Australia’, he said. His work mines these colonial narratives for their inconsistencies, scratching the surface to reveal counter-histories hidden beneath. During the interview, Cross told a number of stories about art, family, work, land, and history. Common to his stories was an attention to the way perception is paradoxically easy to shift and yet so often unchanging – it is not difficult to look differently. Yet for the most part, thinking remains committed to its habits, set in its narratives.”

Titled Infrastructural Inequalities, the exhibition featured work by Cross, the Karrabing Film Collective, and Jack Green, and explored the complex histories of infrastructural projects in the settler colony of Australia – the expropriation of land and the bureaucratic networks that infrastructures such as mining, hydroelectricity, and industrial agriculture depend on.