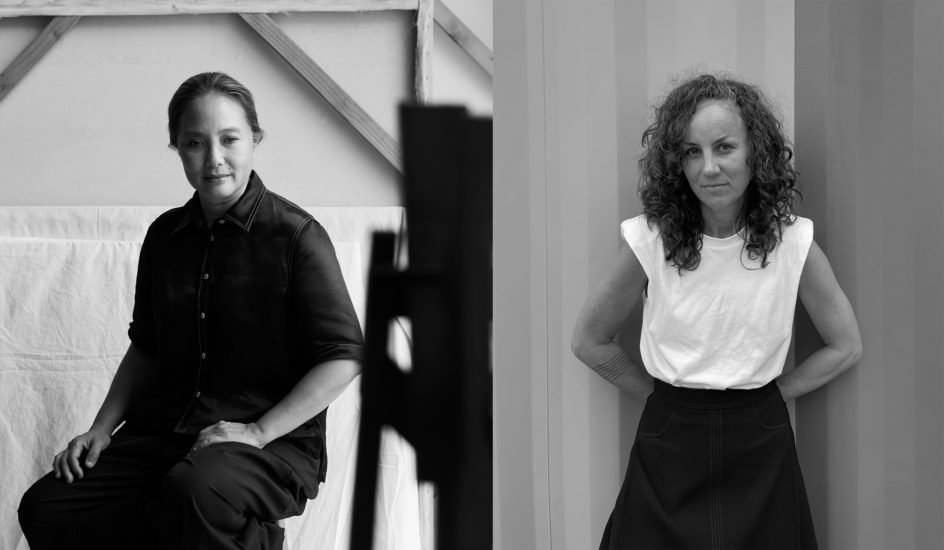 The Body and The Vessel, Pinaree Sanpitak in conversation with Michelle Newton

Join us this Saturday for an artist talk with Pinaree Sanpitak and Michelle Newton at Yavuz Sydney. The talk is held in conjunction with Sanpitak’s current solo exhibition, The Body and The Vessel, which coincides with her inclusion in The Milk of Dreams at the 59th Biennale de Venezia.

Sanpitak is one of Asia’s most important contemporary artists. Over the last four decades, she has developed an enigmatic inventory of symbols distilling women’s bodies to their most elemental parts, expressed variously through vessels, breasts, eggs, and subtly curved profiles. Conflated with imagery of the alms bowl or a Buddhist stupa (shrine), Sanpitak has created a complex lexicon that weaves seamlessly between the sacred and the profane. Characterised by tenderness and ethereality, Sanpitak’s works are tethered to a captivation with her own body and motherhood.

In The Body and The Vessel, Sanpitak debuts a new series of paintings, sculptures and installation that continue her sensitive treatment of the human body, lived experiences and perception. At the centre of the exhibition is a large-scale installation titled The Affairs of Serving, which comprises of numerous sculptures laid on top of various vessels, placed alongside utensils on mid-century serving trolleys. Drawing upon materials and items common to everyday life, The Affairs of Serving engages viewers through recognition and curiosity through its interplay of the familiar domestic with unusual forms.

Pinaree Sanpitak has exhibited in numerous museum and biennales; recent site-specific installations include: the Bangkok Art Biennale (2022); A Spirit of Gift, A Place of Sharing, Hancock Shaker Village Museum (2022); The Black and The Red House, Setouchi Triennale, Japan (2019); The Roof, commissioned by Arts Brookfield, Brookfield Place Winter Garden, New York, USA (2017); and Breast Stupa Topiary, Jim Thompson Farm, Thailand (2018). An overview of her work from 1995-2013 was showcased in Collection +: Pinaree Sanpitak, Sherman Contemporary Art Foundation, Sydney, Australia (2014). The artist presented Hanging by a Thread at the Los Angeles County Museum of Art (2013), a solo exhibition featuring her large-scale installation of the same title, which was subsequently acquired by said institution. Another installation, Temporary Insanity, was exhibited at the Chrysler Museum in Norfolk, Virginia, USA (2012) and subsequently at The Contemporary Austin in Austin, Texas, USA (2013). At the 18th Biennale of Sydney (2012) she showcased a large-scale installation, Anything Can Break, at the Museum of Contemporary Art Australia. Sanpitak has also exhibited her works at Museum voor Moderne Kunst Arnhem (The Netherlands), National Gallery Singapore, Singapore Art Museum, ILHAM Gallery (Malaysia), Queensland Art Gallery | Gallery of Modern Art (Australia), Museum of Modern Art Tokyo (Japan), MAIIAM Contemporary Art Museum (Thailand) amongst many others. In 2007, she received the Silpathorn Award from the Thai Ministry of Culture, one of the top honours for artists in the country.

Michelle Newton is Deputy Director at Artspace, on Gadigal Country, Sydney where she has co-commissioned and co-curated significant projects with artists and in partnership with leading international institutions. She has recently written for and co-edited the monographs, Marco Fusinato: DESASTRES, Taloi Havini: Reclamation and Mel O’Callaghan: Centre of the Centre. Prior to joining Artspace in 2012, she worked with Indigenous-led art centres Jilamara Arts and Crafts Association, Tiwi Islands (2006–09) and Jirrawun Arts on Gija Country (2009–11). She was Associate Director for private gallery, Grantpirrie, Sydney (2011–12). Newton is a dedicated advocate for the arts and culture sector and is currently Chair of Cementa Inc. and on the Board of Create NSW Visual Arts Artform Advisory Board. She holds a Bachelor of Fine Arts (Honours), University of New South Wales and a Graduate Diploma in Economics, Curtin University, Australia.