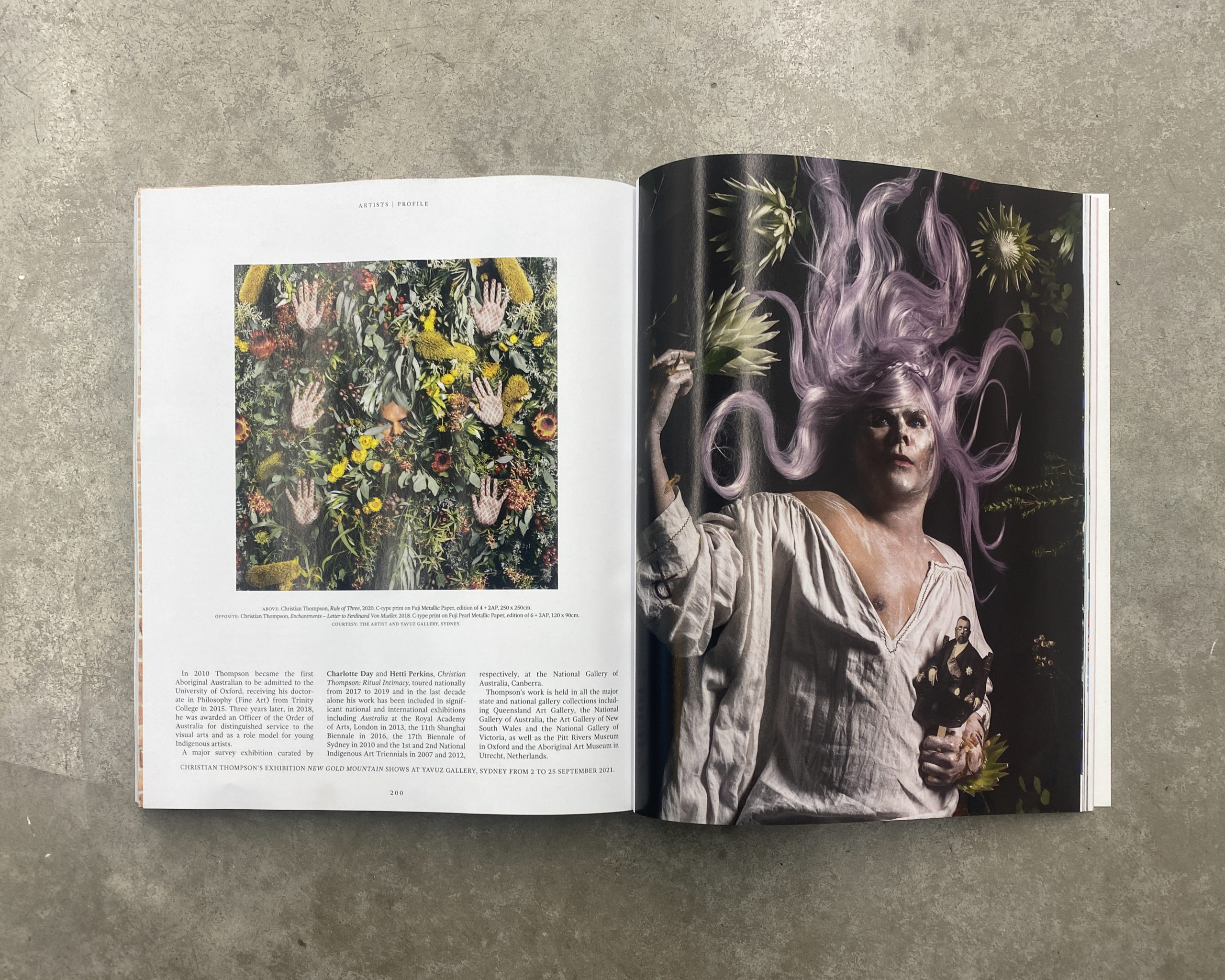 Looking out; Looking in: Christian Thompson on his creative identity

In an exchange with Art Collector, Christian Thompson peels back layers of both inner and collective identities, expanding our understanding of constructed realities.

Thompson opens up about working within his oeuvre and expanding his language as much as he can. His language – the flowers, are both native and imported as seen in his works. Thompson continues to explain his conceptual photographic self-portraits that embrace ideas of identity, colonial history and cultural hybridity. The concept of his works comes from not only his own experience and view on his cultural heritage, but also the many layers of Australian history.

Thompson explains how common it is for Aboriginal people to be of Chinese descent, and the inhumane conditions that people lived under the ‘White Australia’ policy – a policy that forbid people of non-European ethnic origin from immigrating to Australia. He goes on to say he imagines the policy as sort of a “weird utopia, where our families formed their own community of non-white people, who found… acceptance in each other.”

Expanding his visual vocabulary, Thompson lays opulence and key colours such as red and gold. He is also considering the installation and viewing experience of his upcoming solo with the gallery in Sydney.

Thompson explains, “It’s one thing to produce the work, but it’s another thing to step back further and see it as a cohesive, well-executed project that reads well to the public. That’s really exciting for me, because a lot of my work is about a sensory sort of engagement, so that’s just another level that we’re bringing to the project that I’m really excited about.”