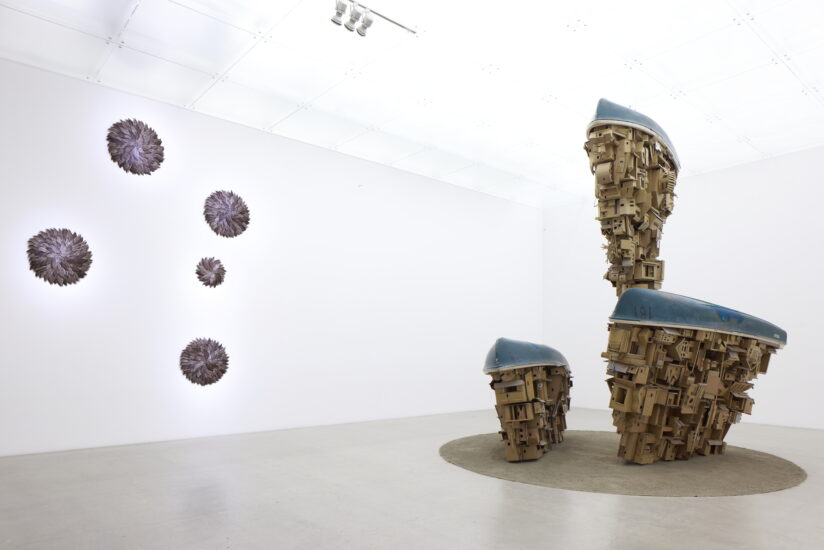 In conjunction with the 50th anniversary of Okinawa’s reversion from the U.S. to Japan, the 21st Century Museum of Contemporary Art presents Sea Lane – Connecting to the Islands featuring Isabel and Alfredo Aquilizan amongst others.

The water body separating the islands is a rich channel for what was once the Ryukyu Kingdom, engaging in trade with Southeast Asian countries during historical periods. With heavy traffic comes linguistic, ethnic, ancestral, cultural, sexual, and philosophical differences, pathing a brew of unique cultures rooted in Okinawa, Southeast Asia and Oceania. The invited artists expanded on this concept, considering the diversity that emerged from the islands, the influence of other regions based on the historical context of the sea, and the relationship between the islands as well as the people who inhabit them.

Alfredo & Isabel Aquilizan launched a project on the theme of “home” after they moved from their home city of Manila to Brisbane in 2006. Passage: Another Country symbolically represents the impact on people whose houses were submerged on the bottom of a damned lake, reflecting present-day society’s prioritisation of economic efficiency. This work looks critically at how capitalism’s pursuit of growth, often framed as development and progress, has impacted cultures, customs, and values.

Passage: Another Country is on view at the 21st Century Museum of Contemporary Art, Kanazawa until 19 March 2023.